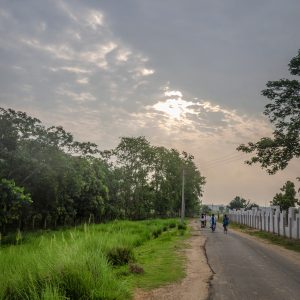 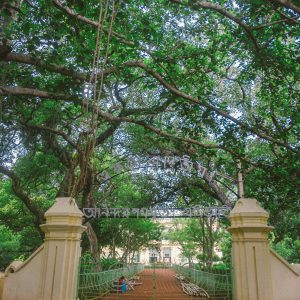 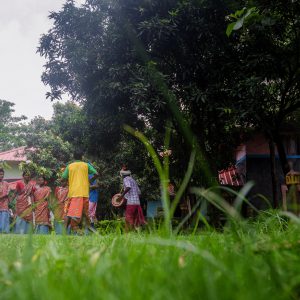 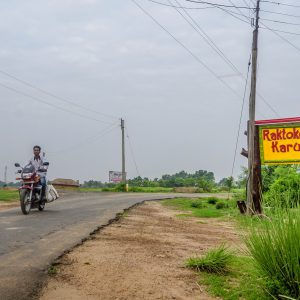 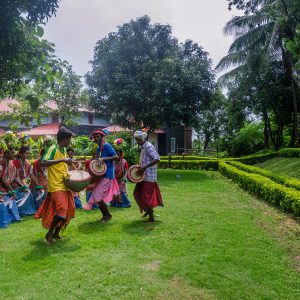 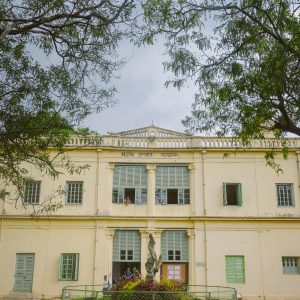 Located about 160 KMs from Kolkata, small yet famous townwhich embodies Rabindranath Thakur’s (Tagore) vision of an abode of learning which is not restricted by conventional or regional barrier.

Founded in 1863, by Maharshi Devendra Nath Thakur, father of Rabindra Nath Thakur,, it became an experimental place of learning beyond the confinement of classroom, Shantiniketan evaluated into VISHVA BHARATI UNIVERSITY in 1921.

Till date, it attracts students from all over the world & has become the spiritual arena in a aesthetic and culturally reach environment.

From it’s very inception, Shantiniketan (aka Bolpore) was lovingly modeled by Gurudev on the principal of humanism, internationalism & sustainable environment.

The University town of Shantiniketan (Tagore’s Ashram) is recognized worldwide as a significant center for pursuing higher studies and being the home to the Nobel Laureate and National poet of India Rabindranath Tagore. Students from all over the world come here for further education in the Viswa Bharati University founded in 1921 by Rabindranath Tagore himself. Not only students, the place is also frequented by thousand of visitors who are attracted by the extensive campus ground, open-air classes and above all the scenic natural beauty of the destination. Serenity is the essence of Santiniketan – the abode of peace. Rabindranath Tagore settled in Shantiniketan permanently from 1901 and left Shantiniketan for the last time in 1941.

Tagore’s Ashram features a number of buildings namely the Santiniketan building, Dehali, Nutan bari and others. School classes and some major activities are held in the Amro Kunja (Mango Grove). The place also houses some institutions of Viswa Bharati. You can also spot a hillock featuring an age-old banyan tree on the eastern side of the ashram.

Amar Kutir – Tourists interested in purchasing handicrafts and artefacts can visit Amar Kutir, which is located close to Santiniketan. Amar Kutir was a society or a cooperative movement by Rabindranath Tagore, to aid and develop the art and craft of the village folk.

Kankalitala Temple – just 9 km from Santiniketan is a temple popular as a Satipeeth. Surul, located near Sriniketan, features temples decorated with terracotta carvings. You can also visit another Satipeeth at Labhpur-Fullara, just 30 km. from Santiniketan. Tourists also visit Nanoor, famous as the birthplace of the Sanskrit poet of the 14th century – Chandidas. Kendubillo is another destination, popular as the hometown of another renowned Sanskrit poet, Jaidev.

Khowai Haat – It is a fair conducted on every saturday in Santhiniketan. It starts in the very early morning 4’o clock. All types of household items, handicrafts, artifacts, clothes and other tradable items are sold here. Locals throng this mela to have a valued purchase. This is a worth place to visit.

There are no available tour for this location, time and/or date you selected.

There are no available activity for this location, time and/or date you selected.

Total: No activity found .    view all